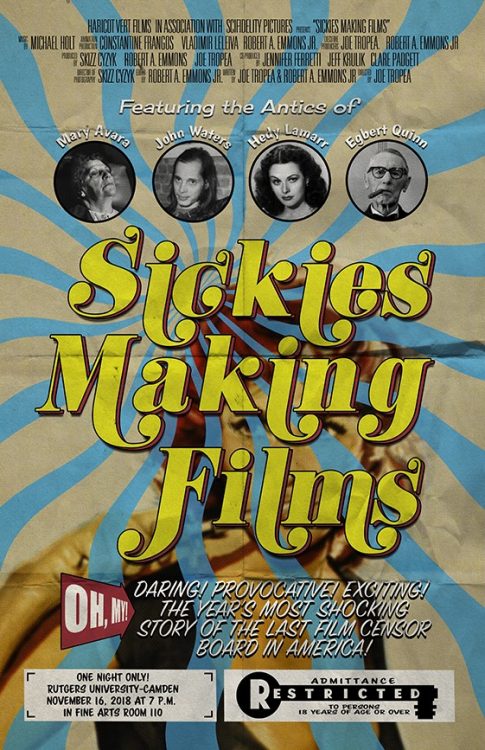 Join us for a viewing of Sickies Making Films, edited, co-written and co-produced by Rutgers–Camden’s Robert A. Emmons.

Sickies Making Films looks at our urge to censor films and asks why? We find reasons both absurd and surprisingly understandable. Using the Maryland Board of Censors (1916-1981) as a lens, as well as archival materials, classic film segments, and interviews with filmmakers and exhibitors who were subjected to censorship, this documentary examines the recurring problem of censorship in America.