In movies, November signals the beginning of awards season, when the theaters fill with serious films vying for the Academy Awards. It’s a fun time to study film at Rutgers-Camden.

On November 15th, students in Matthew Sorrento’s Art of Film course, along with filmmaking students, visited the Ritz East Theater in Philadelphia for an advanced preview screening, but not of one of these films. They saw a tribute to bad cinema, a recreation of the making of the 2004 cult film The Room (“the Citizen Kane of bad movies,” as filmmaker/professor Ross Morin described). The Disaster Artist features Tommy Wiseau (played by James Franco, who also directed) self-funding and directing a film that Seth Rogen (also producer and star in the new film) described as one that amazingly “keeps finding new ways to be bad.” 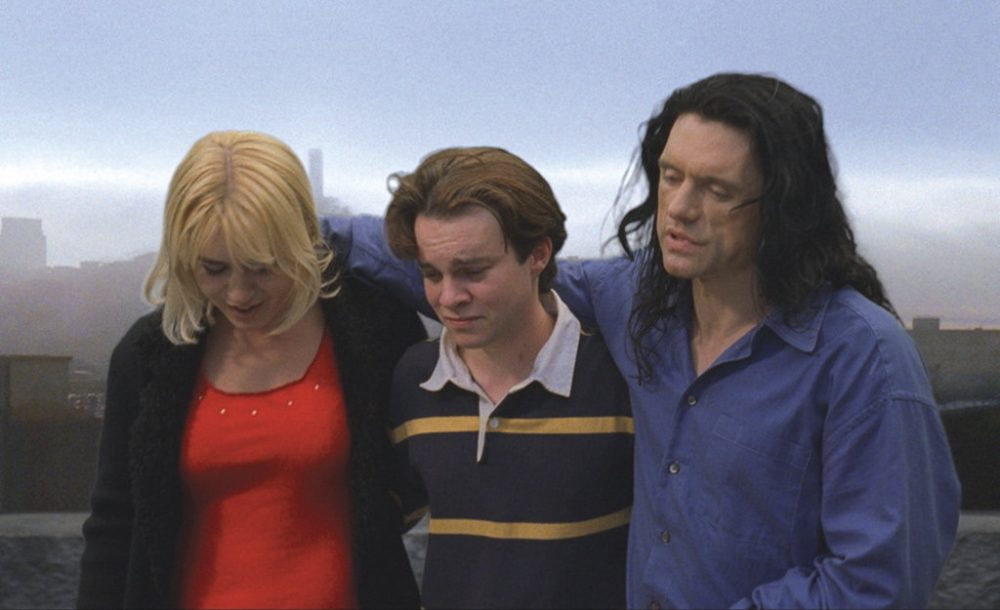 The theme of filmmaking (albeit inept) offered a treat for Sorrento’s students. They reviewed the film prior to its release. While a first effort for most of them, many had lively and thoughtful comments on a release that recreated 30 minutes of its source film and pulled back the veil on the making of it.

Though promising goofiness, the film brings out the theme of friendship between Wiseau and his co-star of The Room, Greg Sestero (played by Dave Franco). Kristen Roberts, a junior business marketing major/digital studies minor in Sorrento’s class, noted, “[James] Franco surprised me by making a movie that told a story of friendship and pursuing dreams with persistence.”

Other students highlighted their enjoyment, and critiques, of the film. “As this movie is basically a mockery of The Room, I thought that [the Disaster Artist] did a good job of not being mean spirited about it,” wrote Samantha Schofield, a junior biology major. Senior sociology major Rick Santiago described the movie as the “typical James Franco/Seth Rogen goofball comedy,” but noted that Franco does well portraying the “unintentional comedy of Tommy Wiseau.” Jessica Zeserman, a senior history major, noted the film “will encourage audiences to root for and against Wiseau as he develops into a brute and an abusive director.”

Many students didn’t find the film to their liking overall, though clarified some bright spots. Janie Jones-Waddell, a sophomore criminal justice major, wrote that “Seth Rogen’s character [a hired crewmember] was the only one who had common sense. There for the money, his sarcasm and impatience were hilarious.”

Senior political science major Brandon Garcia was especially surprised by the film. He thought the movie gutsy – “How do you recreate bad acting?” – and instructive: “Without being able to watch the original, the new movie serves as a reminder of what can go wrong if a novice doesn’t remember all the important aspects of filmmaking,” the focus of his current course.

Credits for Sorrento’s and other film courses can be applied toward the film studies minor. For more information, visit https://film.camden.rutgers.edu/program-requirements/.