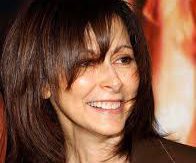 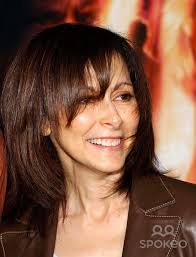 Toni Kalem wrote the screenplay and directed the movie based on Anne Tyler’s third novel, A Slipping-Down Life, starring Lili Taylor and Guy Pierce (1999). It was nominated for the Grand Jury Prize at the Sundance Film Festival.  She has also written the screenplay for Rutgers-Camden professor Lisa Zeidner’s fourth novel, Layover, and is finalizing plans to direct that movie, starring Penelope Cruz who will also co-produce.

Born in the suburbs of New Jersey, Toni Kalem began her acting career in the late 70s, and her first prominent part was in “The Wanderers” (1979). She’s also done soap opera and TV work, and is best known for her performance as Angie Bonpensiero, the long-suffering wife of Big Pussy on “The Sopranos”(1999). She has written for “The Sopranos” and the series “The Big C” as well.

Toni will talk about careers in acting, screenwriting, and directing, the challenges of adapting novels for the screen, the challenges for women in Hollywood, and the realities of making independent films.  Clips from “A Slipping Down Life” and “The Sopranos” will be shown.

Her talk will be followed by a reception.